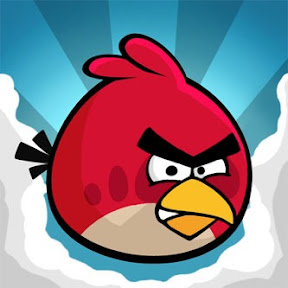 Wait, it took 51 titles before reaching Angry Birds. In all this time the company has failed in its objectives, has accumulated experience.

Exploit, create applications / games that fully exploit the capabilities of the devices for which they are designed. Angry Birds cleverly exploits the use of touchscreen technology.

Spread, when you have a game of tip you can export to other platforms. Mobile, console, desktop, online. If it worked on a can not work on others.

Extend, create applications / games without imposing limits on the type of users. Children and adults, easy and difficult problems. Everyone should use the most appropriate level. Let them decide.

Teamwork, team up with a company that has relationships with Apple. Rovio published the first version of Angry Birds with Chillingo .

Promote, use YouTube. It ‘a very inexpensive marketing tool but also very important to promote a brand. Trailer Angry Birds has more than 17 million views.

Relating to, always open to direct dialogue with their users / customers by offering free upgrades, extras and improvements. The use of Twitter and Facebook is important.

Connect, create new applications by connecting all together to create a virtuous circle.

Check, it is essential to control its own brand. Each new introduction, every character, every game mode should have a logical connection with the background story of the game.